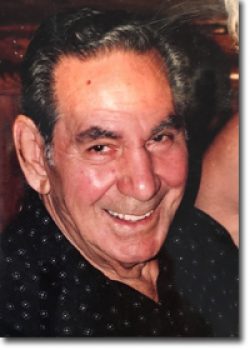 Anthony L. Polizzi, Sr. passed away peacefully at home surrounded by his loving family on February 10, 2017, he was 89.

Anthony was a veteran of the United States Airforce serving in the Korean War. He worked very hard his whole life not retiring until he was 88 years old. He worked as a young teen for Kings Farms in Morrisville, He was a Penn Fruit Truck Driver. He also was owner of Mark Anthony’s Bar Levittown, and he and his wife were owners & operators of the first Dunkin Donuts in Bucks County, He first retired from Pinto Brothers, he worked at North Tech and volunteered for St. Mary’s Hospital.

Anthony was preceded in death by his parents Phillip and Rose Polizzi, his sister Mary, and brothers Samuel (Rita), James (Ann), and Phillip. He was also preceded by his son Allen.