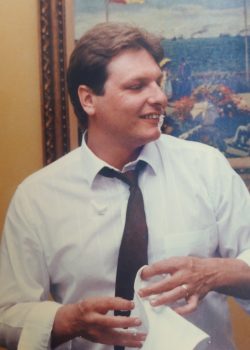 John”Jack” Betanski, passed away surrounded by the love of his family on Sunday, October 24, 2021 at Jefferson Torresdale Hospital, he was 66. Born in Camden, NJ to the late Frank and Pearl Betanski, Jack served in the United States Navy before working as a Surveyor. Jack loved to fish and all Philly sports teams, taking his children to games. He was a very generous man. Donating to many animal and first responders charities, a majority of the time anonymously. Jack is described as being one of the best people you would ever know.
Jack was predeceased by his brother Michael Betanski along with his parents.  He will be deeply missed by his wife of 36 years Evamarie (nee McDonald). Along with his children Adrian and Vanessa, grandchildren Eva and Michael and his brother Mark Betanski.
Relatives and friends are invited to his funeral service Saturday, October 30, 2021 at 11am at the Faust Funeral Home Inc. 902 Bellevue Ave. Hulmeville, PA 19047. Where friends will be received from 10am until service time at 11am. Interment will be private.
Faust Funeral Home, Inc.