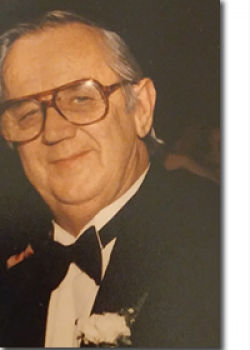 John F. Bentley of Fountainville, PA passed away peacefully at Fox Subacute at Warrington. He was 82 years old.

John was raised in the Polish section of Port Richmond and was a 40-year resident of Levittown. He was an avid fan of all Philadelphia sports teams, coached Bristol Township Girls Softball in the 1970s and 80s, and enjoyed fishing and crossword puzzles.

His greatest joy in life was his family. John was preceded in death by his parents, Jack and Stella, beloved wife Cynthia E. Bentley, and his brother James Bentley. He will be sadly missed by his devoted children: Jason F. Bentley of Fountainville, PA; Diana E. Johnston (Robert) of Silver Spring, MD; Melissa C. Griffith (Jeff) of Halifax, VT; and Alexandra S. Hapak (Ted) of Fountainville, PA. John was a devoted Pop-Pop to his six grandchildren: Brianna, Emma, Lindsay, Sam, Kyle, and Madison and his two great-grandchildren.

The family would like to thank the staff of Fox Subacute Warrington for the exceptional care John received during his 14-month stay.

In lieu of flowers, the family requests that contributions may be sent in John’s memory to the Handicapped Crusaders at Faith Reformed Church, 479 Stonybrook Drive, Levittown, PA 19055.