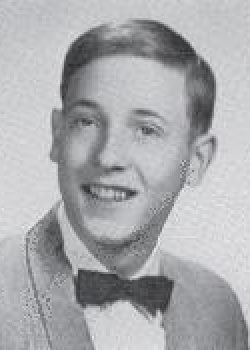 Michael Joseph Gruver, passed away peacefully at Chandler Hall Hospice Pavillion on Tuesday, December 29, 2020, he was 73.  Michael was born on January 3, 1947, and was raised for his whole life in Trevose, PA.  He attended Bensalem Township School District and enjoyed being apart of the Boy Scouts of America, beginning as a cub scout through to Eagle Scout.  He was an avid outdoorsman, with passions for both hunting and fishing.  Michael was wonderful at oil painting.  He had an easy-going manner and a great sense of humor, he was loved by all who met him.

Michael was preceded in death by his beloved wife Barbara Ann Gruver (Kozlowski), parents Joseph B. Gruver and Clara S. Gruver (Schreiber), and brother-in-law’s David M. Newcomer and Harry E. Loessy.  Michael will be deeply missed by his siblings Martha G. Loessy (Gruver), Mary E. Newcomer (Gruver) and Grace S. Yaeger (Gruver), and his brother-in-law James J. McFadden and Adolph Kozlowski.  He will also be missed by many nieces and nephews.  The family would like to extend special thanks to the Chandler Hall Pavillion Hospice nursing staff for their professional and caring administration of their duties.