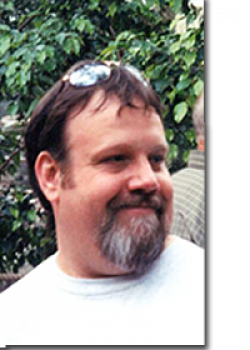 Thomas R. Kline, Jr. passed away peacefully at Chapel Manor in Philadelphia, on Sunday, November 11, 2018, he was 55 years old.

Born in Bristol Boro, Thomas was lifelong resident of Lower Bucks County. Thomas was an ENFM (Fireman, Engineman Striker) of the United States Navy serving on the USS Kittiwake until he was granted an Honorable discharge in 1979.

He was last employed as a truck driver for RIST Transport and enjoyed Harley Davidson Motorcycles and going to motorcycle rallies. Thomas was a past member of Alliance of Bikers Aimed Toward Education, American Legion Post 0834, and the American Motorcyclist Association.

Some of his greatest joys were working with Toys for Tots and he loved going surf fishing. Thomas was the loving husband of the late Hope Kline whom he married in 1999. He will be dearly missed by his daughter Heather Kline and several dear friends..

Interment and burial will be held privately. Memorial contributions may be sent to Toys for Tots. www.toysfortots.org